A Crazy Story About the Last Game in Ebbets Field

When those true baseball fanatics, you know who I’m talking about, the ones who can tell you the number of triples Earle Combs had in 1927 (23), when those fanatics fall asleep at night, they all have the same vision.  As the gray ceiling above their bed begins to blur in their vision, it fades into a sunny August afternoon, ca. 1953, in Ebbets Field, the long ago home of the Brooklyn Dodgers.

As their minds cloud, they hear the loud drum out there in the right field bleachers, the crazy lady with the bellowing voice, the makeshift band playing Dixieland jazz badly, the peanut vendors’ echoing yells.  As sleep drifts in, they smell the musty decks from which decades of decayed cigar smoke melt their way into the thick Brooklyn air under the late summer sun.  The last sound they hear is the crack of Roy Campanella’s bat as it launches yet another homer deep into the second deck behind left field.  And then they dream, a smile playing at their lips. 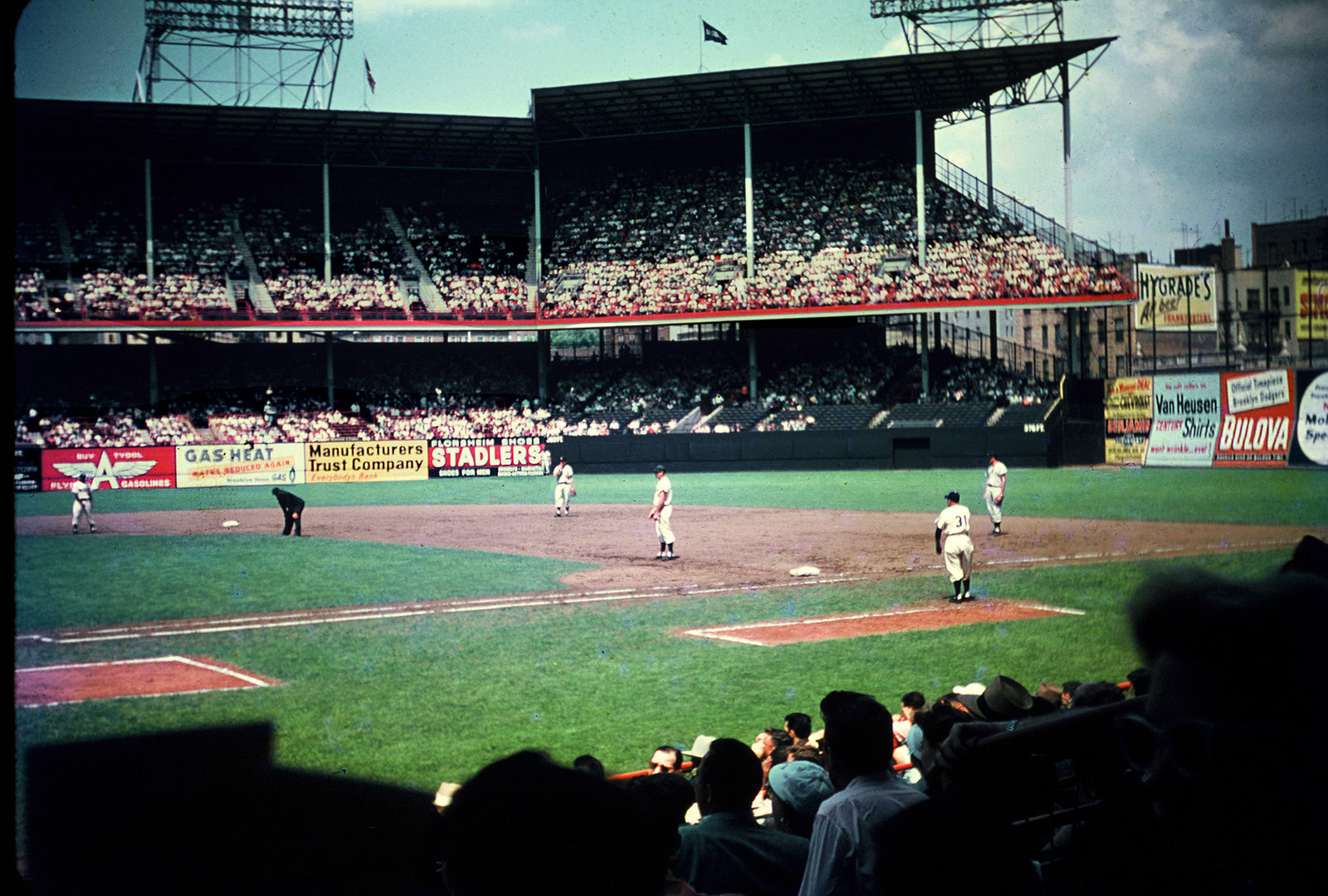 Ebbets Field is the nirvana, the heaven, the Elysian Fields of corporate memory for all those baseball fanatics too young to have attended a game there.  But, let me tell you a crazy story about the last game played on Ebbets’s yellowing diamond.  The game was played in a descending and gloomy darkness, September 24, 1957.

The opposing pitcher in that game was a man named Bennie Daniels.  It was his first Major League appearance.  Bennie was called up at the end of the season by the Pittsburgh Pirates and given his first Major League start, an auspicious occasion for any young pitcher.  I have seen authors of baseball trivia books ask to shake Bennie’s hand because of the honor of shaking the hand of the last opposing pitcher in Ebbets Field.

Bennie Daniels recently recorded five hours of his personal history for the USC Annenberg African-American Experience in Major League Baseball digital library.  You can find information about the library here.

Now, you would think Bennie would be a fount of information about the last night of Ebbets Field baseball.  You would think he would have glowing autumnal memories of Ebbets in its final splendor.

But, life doesn’t’ work that way.

You ask Bennie about any of those experiences and he will discuss them in the same business-like way he does the last game at Ebbets Field.

If you want Bennie to light up, if you want him to lean forward and talk about something cool, ask him about the time he played a bit role on the 1960s tv series “I Spy.”  Bennie will smile and tell you the whole story in happy detail, right down to how painful it was to drop to his knees at a run as he was supposedly shot to death.

Bennie appeared in the only “I Spy” episode that the show’s star Robert Culp both wrote and directed.  So, he auditioned for Culp, his first time meeting the star.

To the baseball fanatic who lays awake at night wishing to have been a kid during the Brooklyn Dodgers halcyon days, the idea that pitching in Ebbets Field would mean little more than an opportunity to prove your skills, would seem crazy.

Show biz, on the other hand . . . Auditioning for the star of one of the top tv shows of the day, acting on a top-rated show, hanging out in Hollywood, that was fun.

As we age, our memories tell us much about ourselves.  What happened a week ago fades, while, what happened when we were nine remains vibrant and alive, as if it were still happening.  That is, of course, because, whatever happened at nine, it was truly important to us.

There are no events this month...

Have an event coming up? Submit an event